Betrayal. Also known as double dealing, breach of faith or breach of trust and or a fracture in the relationship. What happens when one person’s complete and utter devotion to another is put into question? This is about the loyalty and bravery it takes to trust. This is about the brutality of what happens when you say “no” to people who think they own you. They will cut you and leave you to bleed out with no second thought about it. The same strength they loved you with before, they will now use to tear you down.

As I read about the drama between President Trump and our grand democracy, I find myself drawn into the mindset of Vice President Pence. His role as a vice president started rather quietly. We didn’t hear from him much, only off and on whenever crumbs were thrown his way.

Honestly, his sheep like behavior made me question how intent he was on fully backing his president. It always seemed there was a bit of rebel in his eye, as he stood off to the side seemingly complacent yet vigilant. But I digress.

Then suddenly Pence was thrust into the spotlight in what would seem like a last-ditch effort to save his boss from the utter devastation of losing the presidency. His constituents would drag him from the back to the front to invoke a saving grace on behalf of our president.

For most, it seemed that Pence would gladly oblige to the task before him, but he didn’t. As we all waited with bated breath on what we were certain would be a Hail Mary move in the aiding of a sitting president, there was no rescue.

In fact, Pence would continue to move forward with officially officiating over a ceremony that has been tradition for decades and decades. Placing the president elect in to position of power.

To the surprise and dismay of many Trump supporters, Pence quickly became what he’s always been, the odd man out.

Whether it was because the law prohibited him, his team or his own personal judgment, Pence took a step into what I know, he had to know would be the first floor of hell.

Like him or not we all know on both sides of the isle, that the 45th President of these United States is not one to take “no” without repercussions.

And while all the world is gazing in on the catastrophe that is now our democracy, I started to wonder how deeply blindsided and wounded Vice President Pence may be feeling right now.

From the start Pence has been a supportive vice president never stirring the pot or causing angst for his party. But the moment he said “no” to something that I am sure he put a great deal of study into, he is now suddenly the target of raging out of control Americans who want one thing and one thing only: things to go their way and his head on a stick.

But here we stand, knee deep in the carcass stench that is anger, as the back and forth over whose fault it is spirals out of control in front of the country and in front of our children.

And Pence is being dragged from the back of a 2001 Ford pickup truck to a cross, where he will be tarred and feathered by the very people that once chanted his name.

And all this has got me thinking what trepidation he must be feeling right now.

I for one know that emotion (betrayal). While the platform is hugely different and the weight of it does not compare, the feeling is all the same. It’s like morning sickness, food poisoning and grief all wrapped into one.

There is nowhere to put it, you can only sit in it, sleep in it, live in it. And hopefully, move through it.

I have been betrayed with daggers coming from every direction. Phone call after threatening phone call, letter after hateful letter of anger and intense disappointment at the fact that I said “no” to something.

In those days, weeks, years of betrayal I was a walking corpse. Losing my hair. Losing heart and starting to think my life here on earth needed to come to an end.

And now my already wild imagination is in overdrive with what it must feel like for a vice president, a husband and father to maneuver through the knowing that he is so hated and discarded. It can take your breath away.

The gnawing irrational state you find yourself in when people are furious with you and actively seeking to destroy you is enough to drive you insane.

They are all you can think about and their rage and anger, becomes your burden.

I have experienced such betrayal that outside of my husband and kids I no longer desire to develop any meaningful relationships. Every interaction outside of them is forced. But the truth is people need people. And I know I cannot continue to keep human interaction at bay much longer.

But it’s not just who it happened with, it’s how and when it happened. Betrayal will creep up on you. Most of the time people do not plan on turning on you. They don’t plan on trying to destroy you, but conditions change when hurt and fear get involved.

Whether it enters directly or indirectly. If you keep feeding people fear they will eventually lash out. In their eyes you are a traitor.

And there is almost nothing they won’t do to make you bend to their will. For the person on the receiving end this is a horribly hollow place to be. Everyone wants something from you, and they will slice and dice you in hopes that you hurt the same way they do.

The losses in cured during and after a betrayal are insurmountable. While I have mended fences with some of my oppressors, things just still aren’t the same. Some words can’t be taken back. Some things just cannot be undone.

Being betrayed takes pieces of you from vital places. It causes you to see people through suspicious, overly cautious eyes. They are always potential threats.

And as thieves stormed the Capitol and screamed his name the way Samuel L. Jackson did when he was on trial for blasting away the men who raped, tortured and killed his little girl in the movie” A time to kill.” I wonder where the vice president had to go in his mind, so he didn’t lose it in front of everybody. The pressure had to be out of this world.

While he is certainly not to blame, he is the sole focus of their rage. “If only he had said yes! If only he had bowed to our demands regardless of what he felt was right, we wouldn’t be fighting for our lives!!!”

Truth be told the “do what I say, or else” clause is hidden just beneath the surface of most human beings. Please read the fine print. You really can’t know someone until you make them angry. They’ll either charge you with treason and sentence you to alleviating their pain or they will retain some sense of loyalty because they don’t have to have things “their way.”

Regardless of any of this, I would like to caution you before you go all in on someone because they’ve offended you. I caution you not to allow yourself to be fueled by hurt and fear. Hurt loves to hurt and fear craves destruction and regardless of your intentions, both emotions will surely overtake you. You think you’re on the pathway to peace and resolution, when in actuality you’re on the highway in a Mac truck, doing 120 with failed breaks and only pedestrians in front of you. 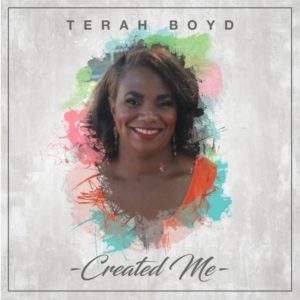 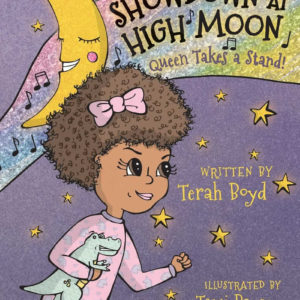